So, today was the annual jaunt to Salute! Early morning coaches make for manic gamers, it seems: 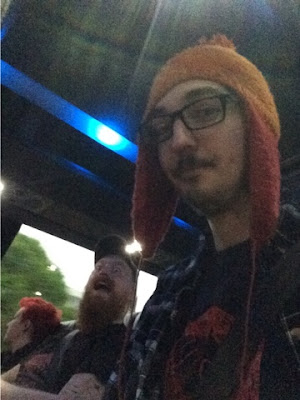 Westminster is always my favourite stop on the journey up, as you feel like you're in a weird hybrid of Necromunda and The Crystal Maze: 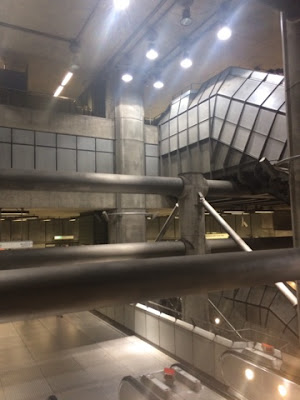 The journey up was fairly uneventful; the station we normally get off is apparently closed for the rest of the year, but it turns out the stop after actually drops you off closer to Salute, so it's swings and roundabouts really! Well, on the way there, the way out was a bit of a nightmare with huge crowds that would normally be split over two stops funnelled onto one...

We made pretty good time, and so ended up quite close to the front of the queue: 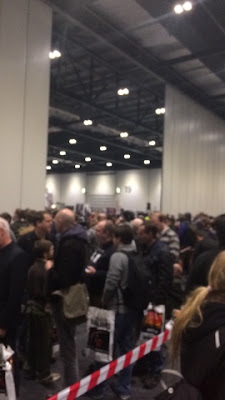 After a mad initial dash over to Troll Trader to scope their bargains and snaffle a goody bag, I made the usual rounds, picking up the preorders I had organizedly placed, and not at all pinballing willy-nilly around flailing wildly at things as they caught my eye (just in case my wife asks).

And so, I present the usual assortment of pictures that are really only the barest of fractions of the number of awesome things that were on display: 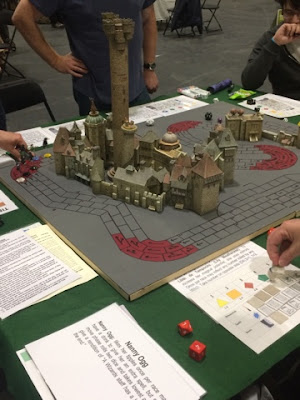 A Discworld broom racing game with a nice Unseen University 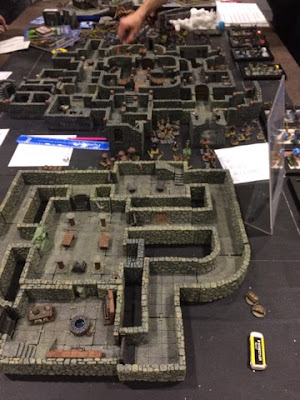 Some dungeon tiles! I forget who makes them, but I'm fairly sure I have a card of theirs in the stack of paperwork and fliers I've accrued over the course of the day 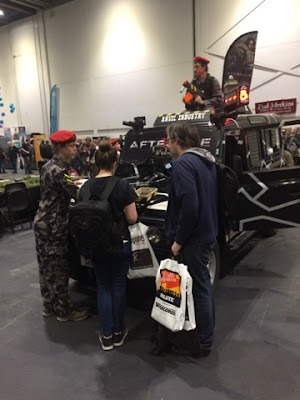 Anvil Industries had the most eye-catching demo board - they were running games on the bonnet and in the back of this vehicle! 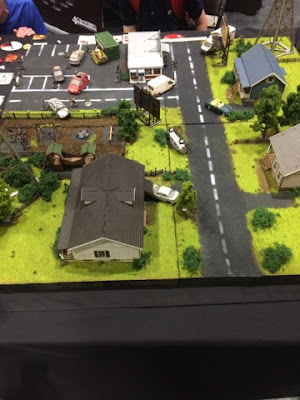 A Mantic Walking Dead demo board. I'm not going to start another project. Even though I found out I can get the core game at massive discount through work. No more projects. None. 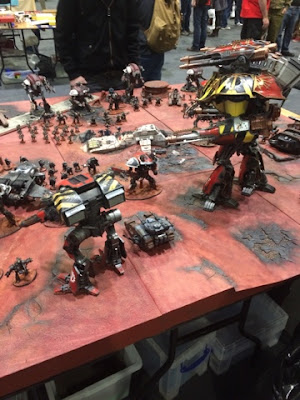 A nice Horus Heresy board, with about a billion points and pounds worth of miniatures on it. 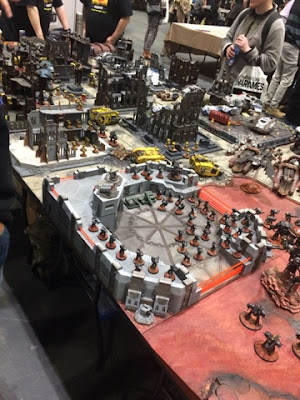 My favourite part of the whole board though was a little spinning radar dish. 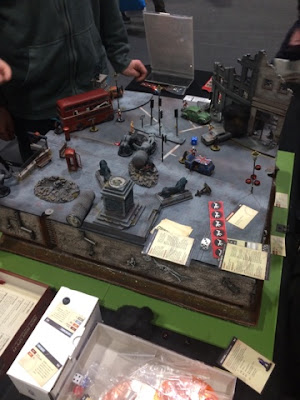 Crooked Dice's London and Underground demo board - having followed the build over on the LAF a while back, it was great to see it in the flesh! 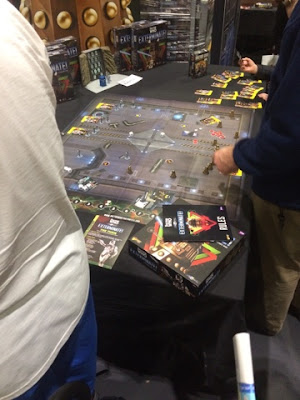 Warlord were showing off the new Doctor Who game - I'm still not sure if it's a board game or a wargame at this point... (side note - no Judge Dredd minis anywhere this year, boo) 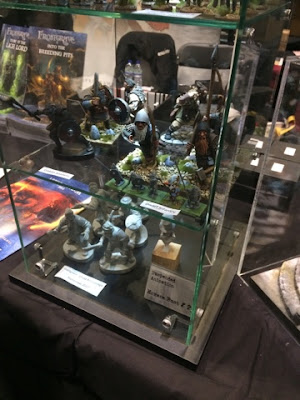 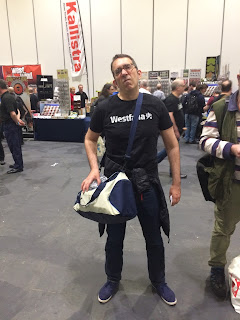 I also managed to find the nice man from Westfalia (after last year's difficulties in hunting him down) who was offering preview minis of his lovely range. 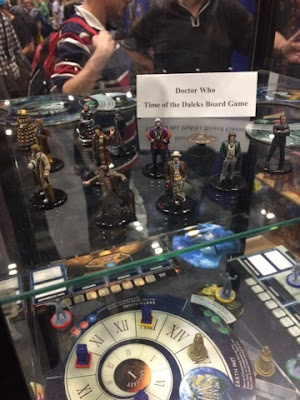 Another Doctor Who board game, whose pieces look to paint up very nicely! 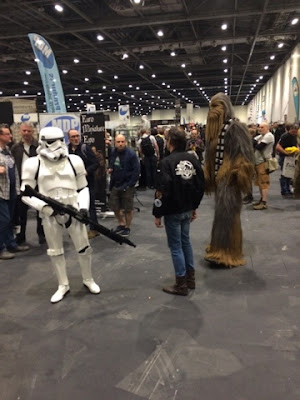 This Chewbacca was pretty good - about 7 foot tall, with a recorded roar! 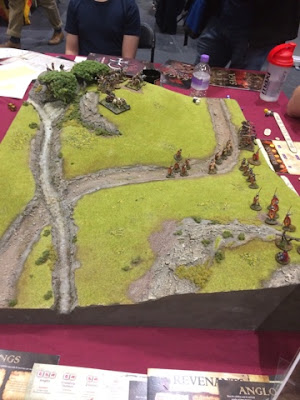 Saga. I've never really gotten into Saga. Maybe I should.

I managed to miss the Blogger meet-up again, as in the excitement of the day I lost track of time and before I knew it it was quarter to two! This year's Salute seemed like it went by the fastest of the ones I've attended...

And five hours later, it was time to make the journey back, and time to dig through other people's blogs to find the things that I'd managed to miss. I also wondered why there were some people missing from previous years, like Amera, Brother Vinni and EM4 - whilst Salute seemed to be pretty busy and fly past for me, is it not worth it for some companies who have stayed away? It's a shame if that's the case...

Also, I found myself in someones Instagram video, something which never normally happens! Well, I found the back of my head, but that still counts.

And so, the meat of this post - the loot! 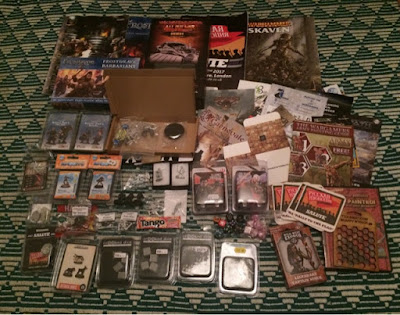 Not the worst hole I've been in after a Salute!

So, just need to finish off a few more miniatures to tick off a couple more challenges, prep and paint something for May the Fourth, and knock out a Westfalia promo after that, before I can start any of the number of new miniatures clamouring for my attention - easy!

[note - some additional stuff has been added to this post Sunday morning that I managed to miss last night!]
Posted by myincubliss at 01:07