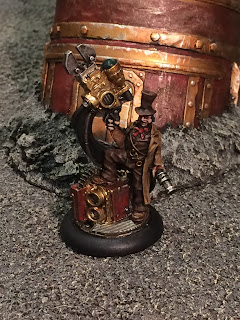 Isambard Kickass Brunel from Ramshackle Games, because sometimes you need an engineer, according to a mug of mine: 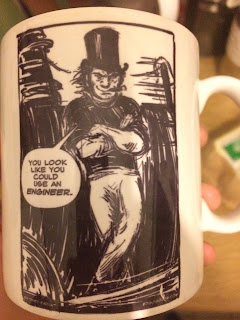 I always seem to misspell his name Isembard though - I blame Tolkien for having Isengard be a word that is in my brain. I was inspired to finish this particular miniature after having a pint in a pub named after him with my wife and her Nan in February, of all things. 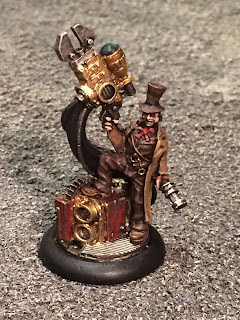 Also interesting to note, is that it's the first miniature from the occasionally mentioned but mostly abandoned in a drawer VSF project to make an appearance on the blog. Part of the reason that that particular project stalled was my dissatisfaction with the Wargames Factory figures that I was using to convert aether marines, but as the Perry twins have released a nice set of plastic chaps that would be suitable who knows what the future might hold... 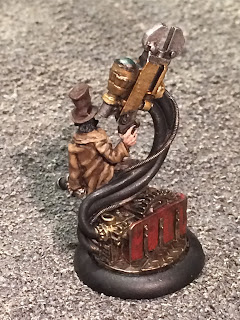 The more eagle-eyed of you might have noticed that IKB was not alone in the first picture - I also finished painting this tunneling machine (also from Ramshackle): 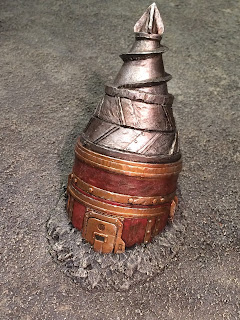 It's an absolute beauty, and a hefty chunk of resin; it's just a shame that it's taken me the best part of a decade to get it painted! 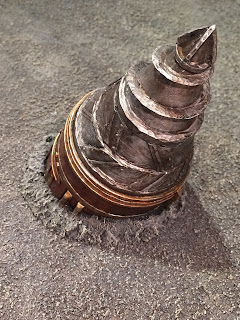 
Painting these also lets me knock off a couple of challenges, as they both pre-date the blog, and are the 9th and 10th miniature I've finished from the queue without starting anything new: