With the impending arrival of my daughter and the attendant construction of furniture and hiding of knives that that entails, I've not been able to get any painting time in, but fret Ye not fans of this blog, I've been getting in some alternate geekery in the meantime, playing in a Pathfinder campaign, the last session of which was last night... 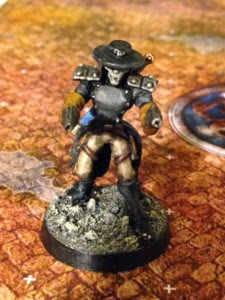 My character, as previously posted

The original concept for my character was something along the lines of: 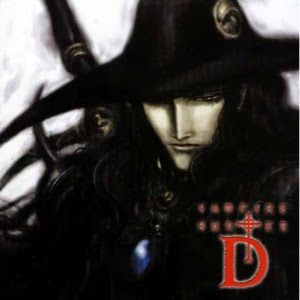 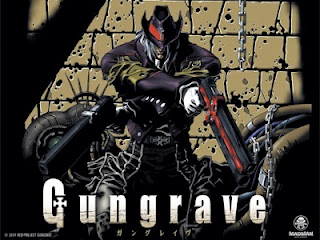 But over the course of our level one adventure, he's turned more into 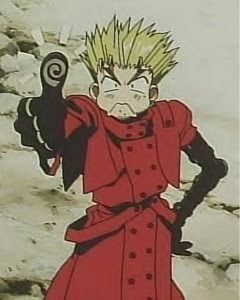 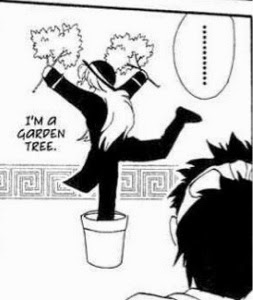 As is often the case, at level one, your heroic intentions are usually let down by your low ability scores, but more often than not it's been my dice rolling that has caused this! Whenever I have some elaborate plan (often culminating in a ridiculous one-liner), staring up from the table at me seems to be this: 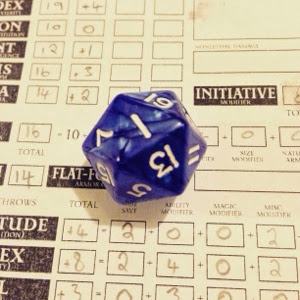 Elaborate acrobatics to spring at the villain's wife whilst disguised in his clothes and lying in the road covered in blood? Oh no you don't, and take a flash bomb to the eyes! 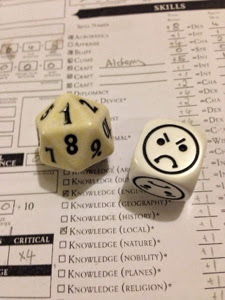 Also, my originally planned dark, brooding outsider with a dark secret and a dark past (did I mention dark enough times?) has found himself the face of the group, in part due to our party composition (one player is very reserved, the other took roleplaying as 'hurr, I'm a dwarf, I hit it with my hammer' while he still turned up), and in part due to me being a goon. He's gone from moody badass to goof with a determination for theatrics in very little time, and I'm okay with that! 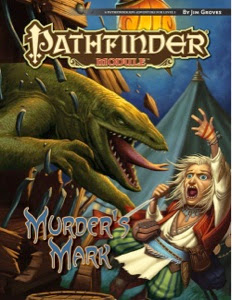 We played through the published adventure Murder's Mark, which despite a couple of niggles was good fun - although it was quite slow going at times, as we approached the murder mystery with the determination of a CSI team, sure that if we asked the right questions (of everyone that could talk) and prodded every thing that we could prod, we'd find the right clues to piece together the puzzle and work it out for ourselves, rather than what would have been faster, bobbing along from encounter to encounter and having it revealed to us at the end! 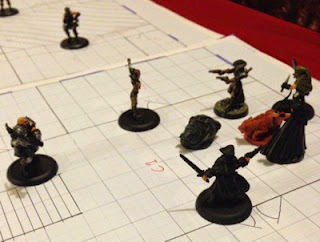 Long story short - we blundered into who was behind a string of murders, generally talking our way out of fights (as we're in the middle of a city, and trying to avoid devolving into murder hobos), accidentally murdered an innocent dwarf along the way (in the middle of the enemy lair, the one time I shoot first it's a prisoner being pushed into the room), and got handshakes and rewards from the grateful citizenry. The villain's wife, however, managed to escape (as our high speed chase was somewhat hampered by working out how to lower a wolf down a 25' shaft rather than leave him behind), so it looks like that will be our next adventure, to our GMs surprise - perhaps he assumed we'd rise above petty vengeance?

And so, Ichabod is level 2, with enough gold to fancy up his firearm, and we go on hiatus until my daughter is born, when hopefully he'll spend more time succeeding at needlessly acrobatic theatrics, and less time bleeding out...

House Stark marches to war in the New Year!

Having chipped away little by little, I've managed to get the 5 House Stark conversions that I'd previously posted finished: 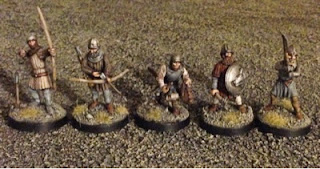 Which brings my Stark forces to 13 minis total - I should really finish up statting up the various troop choices so that I can paint to a points limit or force organization of some sort rather than just what I fancy building at any particular time!

Trying to stick to the plans of the year before last, here's a wip pic of some House Stark troop conversions I've been working on: 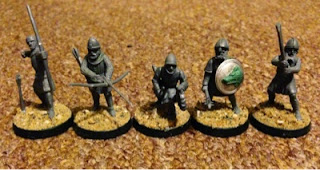 The archers are mostly from the new Perry Agincourt sprues, whilst the rest are a mix of Fireforge and Gripping Beast bits to get the look I was after. My possible favourite of the bunch would maybe have to be the mace wielding chap, as he looks almost sad that he's about to have to brain someone...