The annual year in review post already? Wow, that really flashed past... As per usual, I'll review my 'progress' on the projects I honestly thought I'd crack on with this year (the more pessimisticly minded might see these posts as a listing of my failures, but I'd like to think I'm a bit more optimistically pragmatic than that...)
Tally
59 vs 155 = -96
Not the worst year for final tally score or for number of painted figures (that honour stays with the year I got married and started a new job), but nowhere near the best either! I dread to think how bad the numbers would have been if I hadn't finished that zombie herd for the Zomtober big finish though! Who knew, having a baby eats into your hobby time :s
2015: -96 (59 painted)
2014: 0 (80 painted)
2013: -416 (25 painted)
2012: -103 (68 painted)
2011: -173 (122 painted)
Last years projects (according to the plans made in the end of year post):
ASOIAF
A flurry of activity at the start of the year saw me complete a small chunk of figures for this project, including a couple of characters that I'd had in progress for quite some time, but then my attention wandered somewhat and didn't return this way at all.
With those figures completed, I've probably got enough to actually play a small skirmish game, once I finish cribbing together some rules (and assuming I don't start planning mass battle armies...)
Weirdly though, walking in to work this morning thinking about writing this post, I got myself quite enthused thinking about all the conversions and plans I had for this project, so who knows, once I finish some Batman figures and clear some space in the painting queue I might revisit this project!
The Last of Us
Having not bought the bits I wanted from Miniature Mojo (or the lovely fungus infected heads from CP Models) I've had pretty much zero impetus to paint the models I already have for this project. Onto the back burner it goes!
The Thing
Looks like when I said last year that this was a small scale project that I'd likely get distracted from, I wasn't wrong! Zero progress made, so probably onto the back burner for this one...
Star Wars
I only finished two figures for this project in the last year, which would normally be enough to relegate a project to the back burner, but come on, it's Star Wars, so it gets a pass. As soon as I stock up on some more 25mm round bases, I could put together some Rebels in order to have two skirmish size forces; however, there are a number of figures I'd quite like to bolster the variety of sculpts that I do currently own, but being pretty broke prevents me from stocking up and seems to give me project parslysis! One day I'll get Zuckuss though, in order to be able to complete my set of the Bounty Hunters... Plus I'll try and save some pennies to pick up a copy of Imperial Assault, as that comes with a plethora of tiny plastic space men...
Path To Glory
I still own the figures, but keep getting distracted from actually finishing them. Onto the back burner!
Mass Effect
Around the time my daughter was born, I acquired a copy of Sedition Wars from a disillusioned friend, and bought some Mantic Enforcers and Infinity figures to use for Cerberus conversions - I have been unable to source suitable helmets for these though, which has prevented me making any progress... I live in hope that one day I'll find someone has put CAD files up somewhere so that I can get a friend to sneakily 3D print some!
On the back burner:
ROTPOTA - one of those projects that I tend to look at and think 'well, it really wouldn't take much to get these done oh wait what's that shiny thing over there'
Nerdmarines - haven't been touched.
Batman - I painted the Scarecrow! I've got a bunch of half-painted minis for this (as well as a box of unassembled Knight Models figures); one day, one day...
Everything else - the zombie project (the project that got me back into miniatures, and started this blog!) got some love this year, with an unusually active Zomtober - not bad for a project that was so far down my list of priorities that it didn't even get a heading on last year's plans! I've got enough of a backlog of zombie miniatures to keep me busy for years to come, so I don't think it will ever go away, and hopefully at the very least next year will see me complete Zomtober again!
Other than that, it was mostly odds and sods that caught my fancy that got painted, like a couple of Superheroes when the wife and I were watching the Marvel Cinematic Universe releases and the puppet guy from Fallout...
Next years projects:
Star Wars 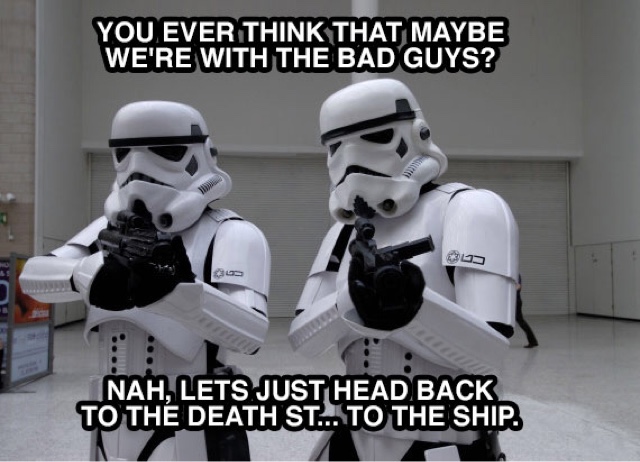 I'll try and paint a squad or two of Rebels, as well as the rest of my Bounty Hunters if I can get a Zuckuss. In an ideal world, I'd find a Roron Corobb miniature going cheap so that I had all the bits needed to replay Palpatine's abduction from the Clone Wars animated series, but I should probably walk before I run!
Also, I've recently been reading the old D20 RPG rules and voraciously consuming PDFs of old issues of Star Wars Gamer, so in the back of my mind I'm considering running a Star Wars RPG, but we'll have to wait and see on that front...
ASOIAF 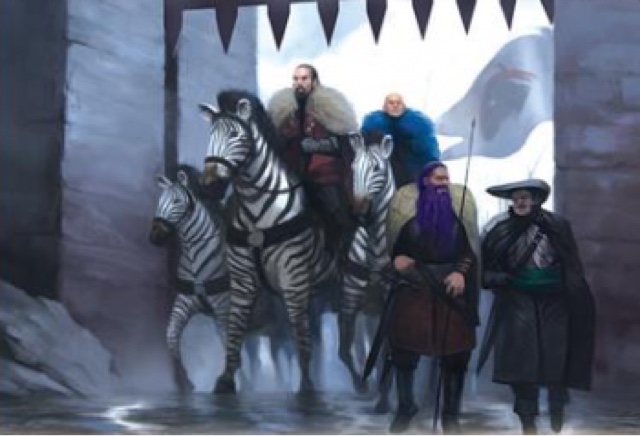 I always quite enjoy converting soldiers for this project, so here's to hoping that once the decks are a bit clearer next year I'll be able to do some more of that!
Batman 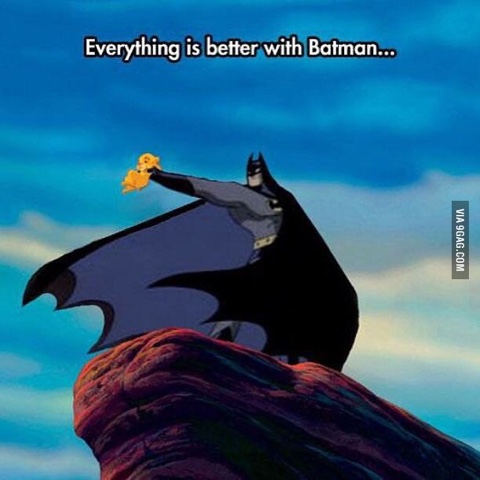 I hope to at least finish the half dozen half-painted figures that I currently have on the go, and then make a start on the Knight Models figures that I have. The chap that I was going to play this with has just moved to Germany though, so there's less impetus to actually finish anything...
Zombies 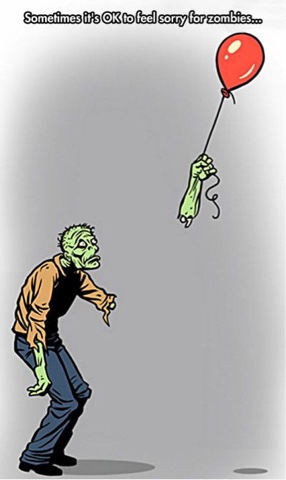 No big plans for this really, but at the very least I'll aim to complete another Zomtober!
on the back burner:
The Last of Us - unlikely to get any progress made unless I get to make orders with Miniature Mojo and CP Models, but you never know...
The Thing - who knows...
Path to Glory - hmm, it's been so long on the back burner that GW have actually updated the rules themselves...
Mass Effect - if I can find suitable helmets, I have more than enough models to make a skirmish scale force. Until then...
ROTPOTA - *shrugs*
I've got Fallout 4 to play on the PS4 too, so that might see some attention turned towards that project...
And who knows, maybe next year will be the year that I get around to buying a Sanity Claws on eBay and painting him up for Christmas?
Posted by myincubliss at 08:37 2 comments: