...she's in my head (to intentionally misquote The Presidents of the United States of America...)

So yeah, three and a half months and no updates. I mean, I've only actually cracked out the brushes and paints once in that time, and even then I only managed a couple of layers on a handful of minis before giving up and packing away. I mean, my desk currently looks like this: 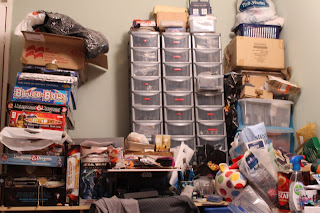 I don't know what happened really to kill my desire to paint. It may have started with deciding to replay both Star Wars: Knights of the Old Republic games, which reignited my interest in console gaming (which I hadn't really touched for a few months beforehand), and starting to play Magic again can't have helped. If anything, the main blow may have been my laptop suddenly refusing to connect to the internet (I'm on my young lady's currently), restricting my access to Lead Adventure and the multitude of awesome blogs I follow, meaning I have to come up with my own enthusiasm for the hobby rather than being enervated by everyone else's...

That's not to say I've not been considering several additional projects - Conan is awesome, full stop, and I could recycle generic fantasy monster minis from the dnd project; I've been playing a lot of Dynasty Warriors: Gundam recently, and looking lovingly at HLJ...; I read most of Joe Abercrombie's novels, and started considering how I'd adapt War of the Ring to game it... But for now, I'm trying not to buy any more miniatures for the immediate future (even though em4 have an awesome barbarian with a square-cut fringe...)

Despite saying I'm not buying any more miniatures, more have arrived since the last post: 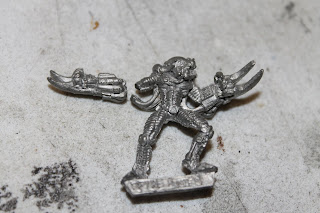 A lovely Malcadon from Jimchenko, because Necromunda is awesome, and now I have one of each of the four original Spyrers. I mean, come on, even I can paint four miniatures, right? 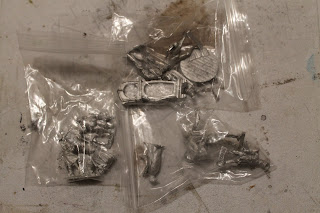 The winners of the Frothers Cthuldo sculpting competition (as is traditional, something went wrong with the order, but they turned up eventually). 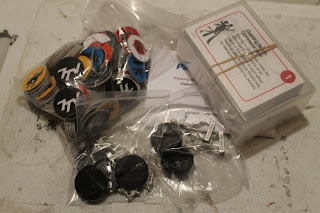 And a whole mess of goodies from Crooked Dice! Which reminds me, I'm sure there was an email saying good things would happen if I placed an order after the 21st of August... and there's the summer special... [right, just one order, that doesn't count right?]

Which brings the tally to:

Stupid tally. What started out as a motivational device soon became a rod for my back. But hey, I've started so I'll finish (curse you ridiculously cheap box of many miniatures earlier in the year...)

Thinking about it, I also acquired a copy of Advanced Heroquest (complete) and a copy of Adeptus Mechanicus (with extras) in late May, but I can't be doing with digging them out and counting the miniatures (especially considering one of the extras in the AM box was a box of hundreds of epic-scale Space Marines...) They're more like board games anyway [he lies to himself]... I'll probably sell the copy of AM at some point, all I really wanted was some teeny tiny Space Marines so that one day I could make a 28mm scale GW...

Back to my original point though - the slump. Today I got out the paints, got out the tray of half-painted miniatures, sighed, and put it all away again. Determined to do something hobby-related today though, I decided to dig out the stripping pot. Two and a half hours later, I was left with: 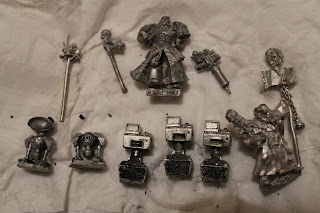 Some Denizen robots and consoles (that will eventually live in a 7tv Evil Genius lair), and some gw bits and bobs - I'm sure Fabius' backpack had previously been stripped, I just wish I knew where it was... And going back to my previous post, what's that? New codex for Sisters of Battle? Guess I was right...

And as is a law of nature, when 8 things come out of something, it makes sense to put 9 in: 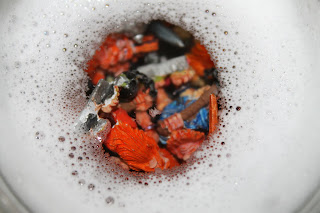 Old-school Slayers! One day, I will have a unit of 30 Slayers. This I swear to you now, on my honour. It originally started out as 'I will paint Gotrek and Felix' (don't worry, Gotrek is in the jar too) but these things have a habit of escalating... 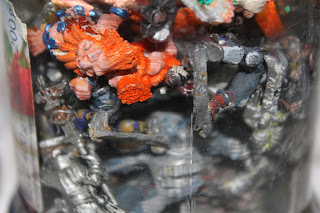 I should probably do a post at some point about the contents of my stripping jar, some of the minis have been in there for several years (although I might have to slip some 'cooler' bits in there, since it's mostly gw stuff in there...)

Which is where this post ends. Will our intrepid host get his mojo back? Will he ever finish a project? Will he ever see the top of his desk again?
Posted by myincubliss at 01:23 2 comments: