Fatherhood has left me with less time to actually complete projects, so I thought I'd experiment with recap posts to talk about what I'm working on rather than posting once a month when I actually finish something!

So, the recap. This month, I painted Deadpool. 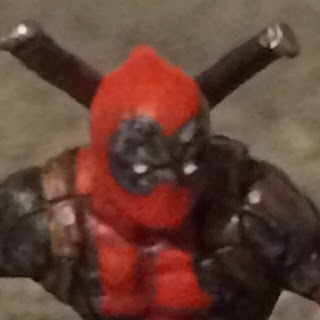 We also went to see the film over the weekend, and was pleasantly surprised to find I enjoyed it all (and more surprisingly, so did my wife - although I suppose I shouldn't be that surprised, as she is the right sort of horrible person to enjoy this sort of humour!). We watched Ant Man the night after, and I think it suffered by comparison - for all that we love Paul Rudd and how great the train fight scene was, there were a lot of bum points and duff acting, as well as the fact that I found myself saying 'well this seems a little contrived, even for a superhero movie'...
But, back to Deadpool - as happens whenever I see almost anything, I want to paint something, in this case Collossus! 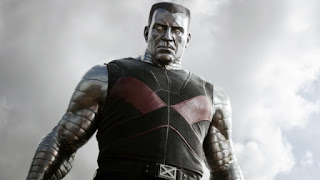 I'm fairly certain I've got a suitable Heroclix figure somewhere, but I'll have to wait until my daughter is napping as my Heroclix stash is somewhat buried in a pile of stuff on top of a bookcase: 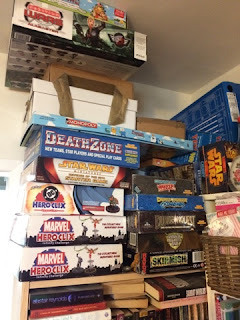 Since starting my 'project box pledge' (title not final) the main thing I've been painting has been this batch of scarecrows: 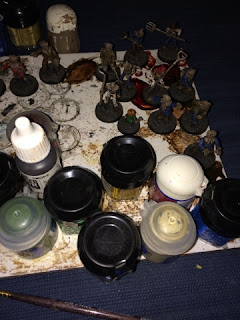 14 in total, finishing these will get me to the point where I've only actually got the miniatures in the project box out (AKA the ideal starting point for such a pledge, only a month or so after starting it). Progress has been somewhat stilted on these, as I mostly only get to paint them while my daughter naps, and having them put away rather than out means it takes longer to get to actually painting when I do get the chance! Painting them in in this size batch has also presented its own problems - if I'd been painting say four miniatures, I might have used only eight or nine different paints; with his size batch, to avoid them looking too uniform, the number of different paints has seemingly increased exponentially! I tried being super organised, with a list of what different coloured areas there were to paint, to allow me to most efficiently use my time (rather then my approach whilst painting zombies, which is more of an 'ooh I'll do this bit red, paint it from start to finish, then another area, then maybe another bit red on another miniature, meandering from choice to choice), but there are so many different bits and so many paints to pick through I'm not sure it helped! 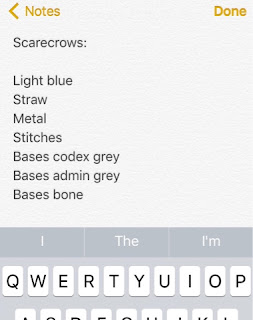 Although I fully expect I'll find something I've missed once I do all these! Fingers crossed though, they should be done in the next week or two (as since I'd set myself the target of finishing these, I've been hankering after painting something else for a bit of variety!) 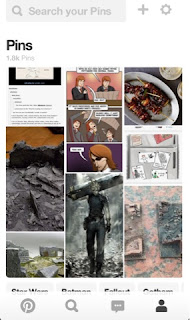 I've spent a lot of time over the last month browsing Pinterest for ideas for making cork ruins (although when I'll get round to making some generic cork ruins that work equally as well for Frostgrave as for modern zombie games is anyone's guess) and looking at people's Inquisimunda conversions (as I've got a batch of planned Inquisitorial miniatures in a Baggie somewhere), but this is mostly inspiration gathering rather than actual planning at this point (at least until I clear some space in the project box...)

I've started drawing up my Salute shopping list already - I'm planning on strict budgeting this year, rather than my usual wild spend (see, I am a mature and responsible adult) - I assume everyone has seen these beauties from Elladan: 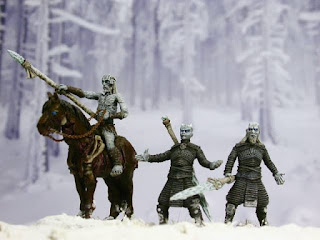 I would like some of these very much, but at present it seems the German company selling these doesn't have anyone that's going to be at Salute: 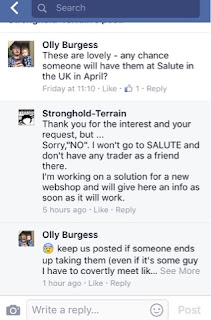 But I live in hope that something will get sorted so that I can get a set to lead the medieval zombies I bought from Gripping Beast at Salute last year!

My GM has recently come into possession of a couple of Warhammer armies, and so has been bugging me to dig out my Night Goblin army (that I don't think I've done anything with since before starting this blog...)

And finally, on the way to my Mother-In-Law's for dinner last night, I saw this in the window of a charity shop: 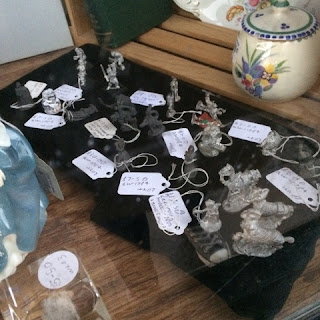 Late 80's Oldhammer! Alas, it looks like someone's been looking at eBay Buy-It-Now prices for guidance, so alas no bargains to be had here...
Posted by myincubliss at 15:49 4 comments:

Timely, given the release of the film, I've just finished painting the Knight Models Deadpool that my wife got me the Christmas before last: 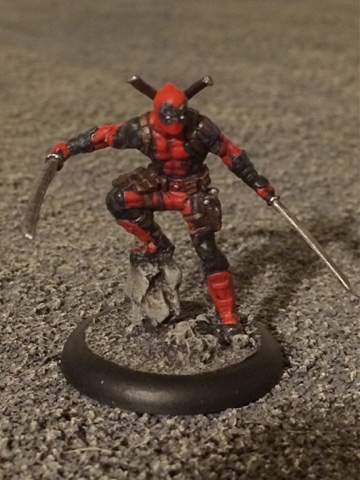 Well, last night, so not technically 'just finished', as I tend to finish things at night and then take the next day to actually write the post about it...
Surprisingly quick to paint (if you ignore the 10 month break between two layers) due to the limited colour palette, as with all Knight Models miniatures it's a lovely sculpt, although there are a couple of oddities - the crossed scabbards on his back are a little weedy for my tastes, and the faceplate of his mask seemed a little asymmetrical (on side seemed to peak less above the eye than the other). 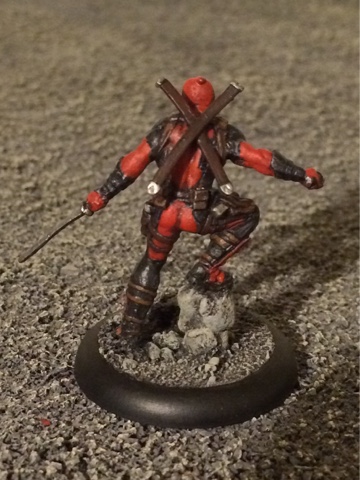 Inevitably, the first Knight Models miniature I've finished isn't one of the dozens of Batman figures I've bought,  but if you've been following this blog for any length of time that probably shouldn't come as any surprise!
Anyway, I got this because I (like so many others) love Deadpool. I'm not going to say I liked Deadpool before he was cool (I didn't - the original Liefeld era Deadpool comics are a bit generic superhero for my tastes from what I remember, if by 'a bit generic' you mean 'a rip off of DC's Deathstroke the Terminator' - I mean, Slade Wilson and Wade Wilson?), but I really got into them round about the Daniel Way run a few years back (just after the Skrull invasion, when Marvel realised that they could do fun things with Deadpool, but before he reached the saturation point of being in pretty much every book released each month - Wikipedia tells me this was 2008, further back than I'd thought!) - it was whacky, then it looked like the run was running out of steam, then it just got awesome. However, as alluded to earlier, by the time I stopped getting monthly comics (due to impending fatherhood) Deadpool was in most monthly releases, and had gone a bit silly (here he is fighting reanimated US Presidents teehee). Now don't get me wrong, I like silly, but what I really want is Nextwave silly rather than 'oh look at me I'm trying to be whacky' - give me meta-aware over 'kerazy' any day...
Now, to break up that wall of text here's a splash page of Deadpool catching fire from an issue of Thunderbolts (another comic that I enjoyed during the Warren Ellis run, but gave up on when they folded it into another series, and then started getting again when they rebooted it with Deadpool): 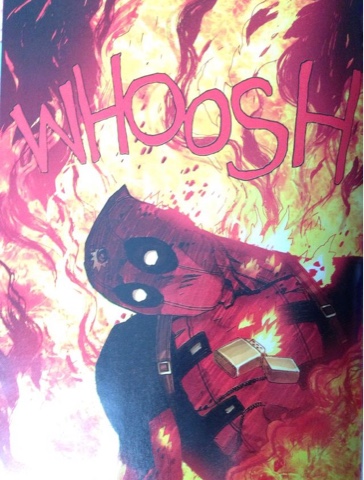 Indeed.
Painting Wade Wilson brings the Tally to:
3 vs 0 = +3
And I've got a batch of multiple miniatures that I've been working on as well as this, which (if finished) should skyrocket the Tally into double digits (because as we know, it's only a couple of months until Salute...)
Posted by myincubliss at 23:51 3 comments: