Having recently started watching Archer on Netflix, I found myself with the urge to paint a dapper looking gentleman in a grey suit: 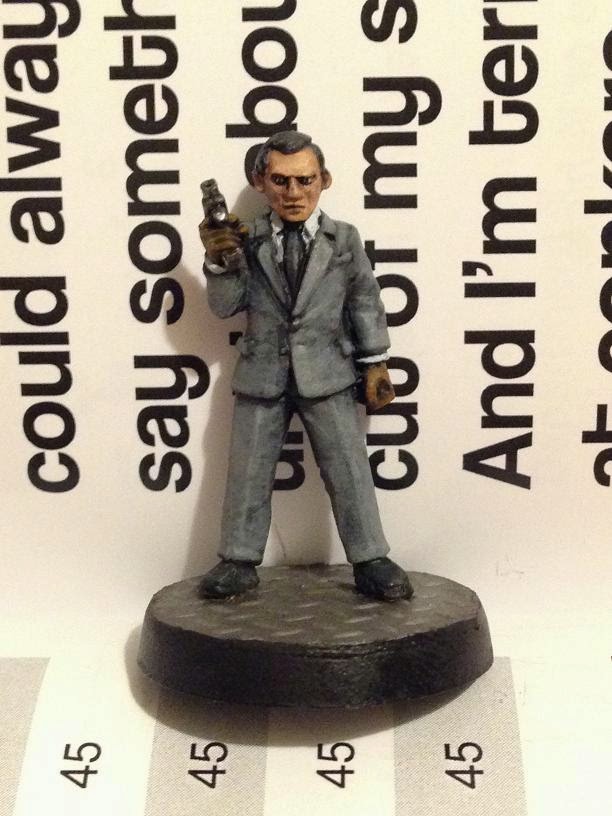 He's a little older looking, but passable I think: 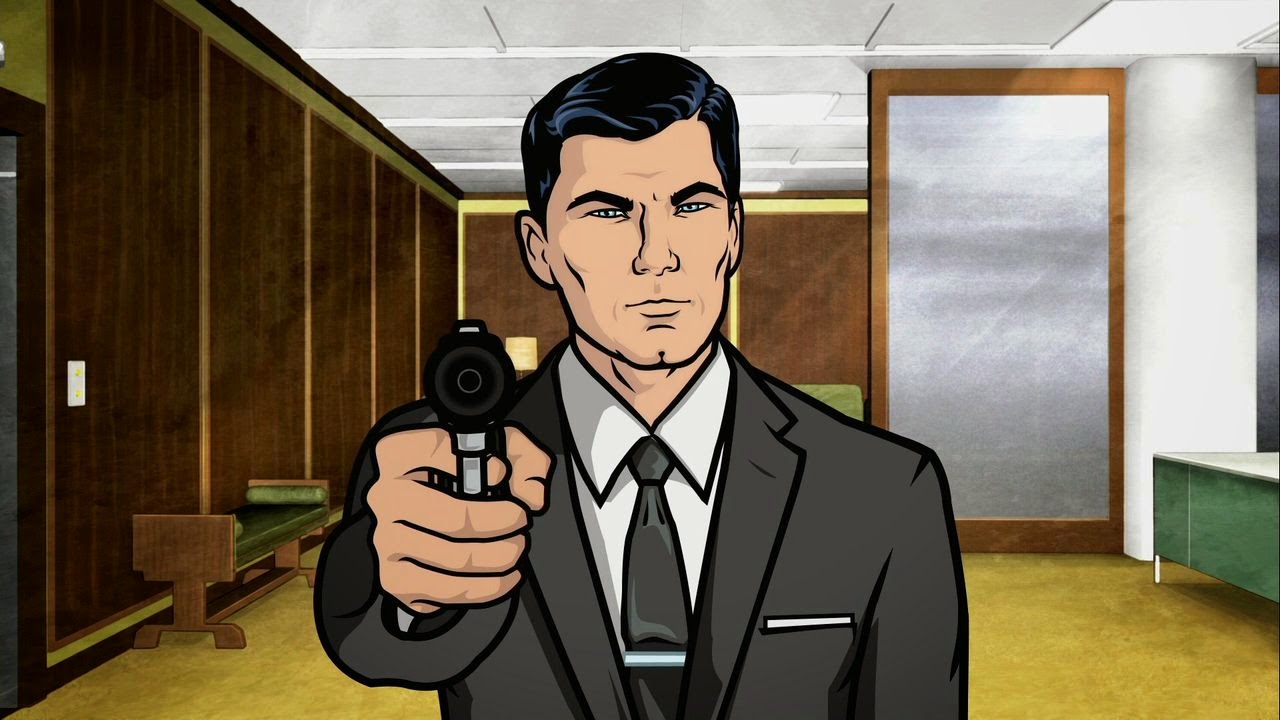 Handily, I had the miniature (a Copplestone sculpt) already based and undercoated (and had done for... I don't know, a couple of years probably), with a basecoat on his flesh, which meant I was able to paint him in a single afternoon (rather than the 'a little here, a little there over days/weeks/months/years' approach I usually end up taking). To that end, he was painted almost entirely using a Citadel Large Brush, with the exception of the whites, which used a much sharper tool: 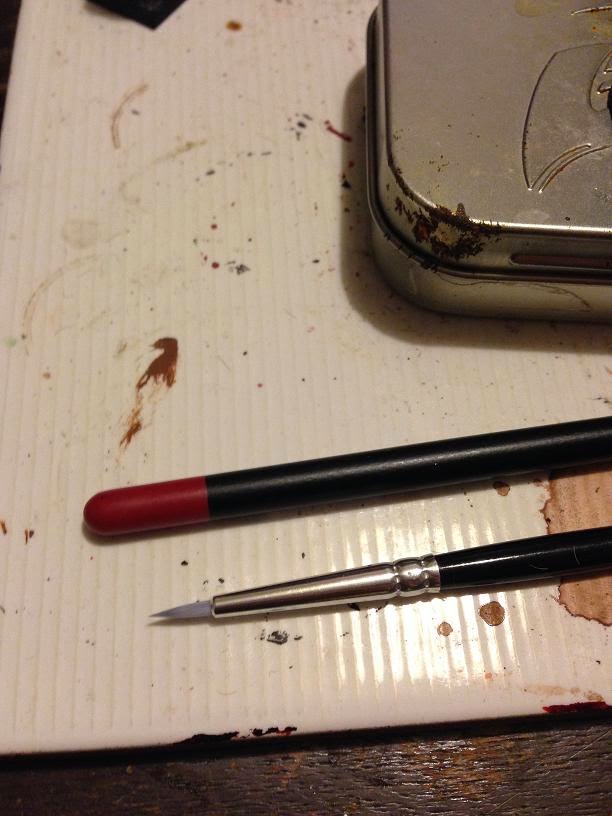 I forget where I read 'use the largest brush you can get away with', but it seems to be good advice - the miniature was a lot quicker to paint than usual, and hasn't suffered much quality wise (although my usual standard doesn't set the bar unreachably high, I'll admit) - it was quite nice having a brush that held paint, rather than my usual time-consuming approach where I spend as much time reloading the brush as i do actually applying paint to the miniature... Something to think about in future sessions, I think...

In the time since my last post though, I've received a couple of goodies - a halfling from Uncle Johnny that's currently an experiment in using very thin layers over a white undercoat with a black wash (that I was sure I'd already posted about and included in the tally, but apparently not), and the pair of slayers that I needed to complete my set of Marauder sculpts: 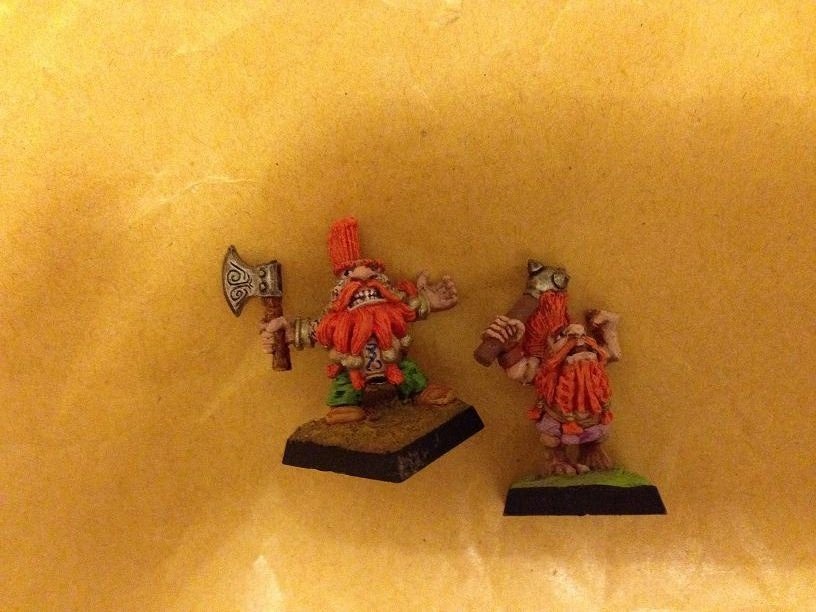 These two likely lads are currently taking a long soak in the stripping pot, and take the current tally to: 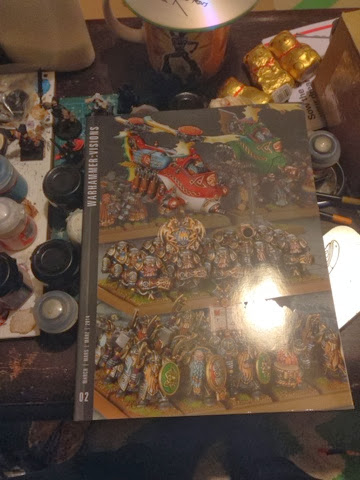 Presumably someone messed up fixing cancelling the subscription that was originally messed up...

Still zero regrets about cancelling, as although I liked the picture of Damien Pedley's Inquisitorial retinue, that in itself isn't enough to justify the asking price...

(In other news, my wife just picked up a piece of terrain I've been making, laughed, and told me that the skeleton on it looks like a monkey. Looking at it again now she's not wrong, but that's something for a future post...)
Posted by myincubliss at 19:06 No comments: