The Protector of travelers in the night

Moon Knight! He’s been prepped to paint for ages (I think since the Disney series was initially announced), but finally got finished this week, as the final episode of the aforementioned series is now out… 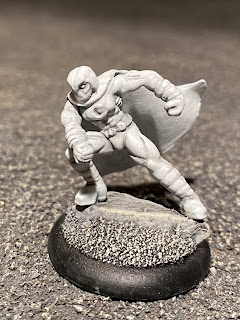 Which is surprising, given that he’s basically one colour.

I’m not a huge fan of painting white, but have discovered the secret to this - paint it a very light grey and then use grey to shade it, before adding white to the mix to highlight, and it comes out looking not terrible! 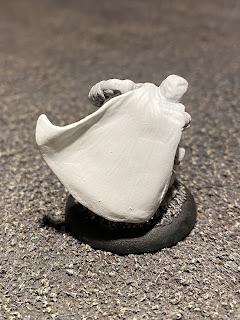 Well, don’t look too closely at that cape as I describe it as not terrible, but you get what I mean.

The miniature itself is an old bendy Heroclix figure picked out of a bargain bin at Salute many years ago, mostly because of having seen the character in someone’s avatar many times over the years over on the LAF (you’ll know who I mean if you ever frequent that particular forum). In the years between buying the figure and actually painting it, I got round to reading a bunch of the Moon Knight comics (the Ellis and Lemire runs, and even the Max Bemis run) and found myself enjoying them. Now, on to paint one of his iconic enemies like… I don’t know, another Moon Knight? Some sort of mercenary? Some generic dudes? Maybe I’ll shelve that plan then…

Next, back to that unit of Skaven I’ve been working on all this time, but still haven’t got ready to show…

As is tradition, I have painted my annual Star Wars miniature for May the Fourth: 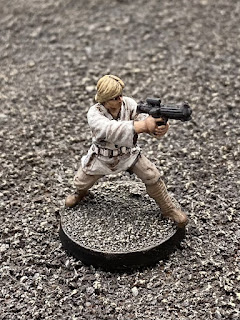 Luke Skywalker from Imperial Assault, as I didn’t have a painted version of him yet. Don’t look too closely, when adding the finishing touches I managed to dip my paintbrush in my cup of tea, and while reeling from that he ended up incredibly cross-eyed. Perfect is the enemy of done though, as they say! 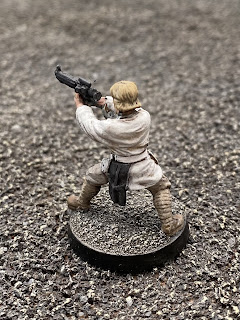 He’s a little chunky compared to some of the other miniatures in my Star Wars collection, but not so much as to be unusable I don’t think: 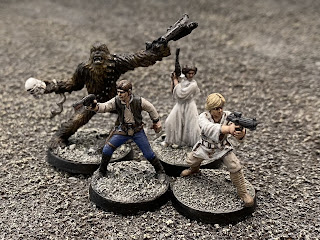 While I’d only planned to paint a single Star Wars mini this year, as is my way I find my plans expanding - I could do with painting R2D2 and C3P0 to round out the core gang from the original trilogy, and of course after watching a couple of actual plays on YouTube I’m now thinking about painting the rest of my Imperial Assault core set, but one thing at a time…

I’ve had a couple of mail drops since my last post too. First of all, a couple of eBay wins - some Hobbit goblins to use as ghouls in Frostgrave and Rangers of Shadow Deep, as my gnolls are goblins so it fits thematically having ghouls be messed up looking versions of those, and some old plastic dwarfs, as the lot included the Warhammer Quest Dwarf and a plastic Slayer that was missing from my collection: 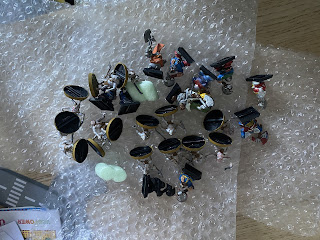 They’ve since had a bath and are awaiting being prepped: 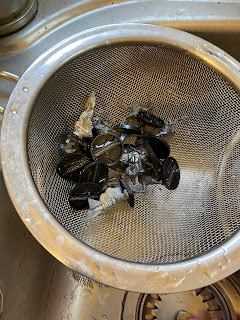 Also, I received a parcel from Joe of Zabadak’s Zombie World that requires some backstory. A few years back, one of the pillars of the blogging community was Vampifan, whose prodigious output was only matched by his enthusiasm for miniatures. Check out Vampifan’s world of the undead if you haven’t before, and marvel at the blog that was long an inspiration for many of us.

After years of multiple posts a week, Bryan/Vampifan suddenly stopped posting midway through December 2019. After a month, it turned out he’s been in hospital but was looking to be on the road to recovery, but unfortunately his next and final post revealed that he was unfortunately critically ill in a hospice, and said goodbye to us all.

I don’t know the full story of what happened, but Joe/Zabadak posted earlier this year that he’d saved a fraction of Bryan’s collection, and started a series of blog posts showing it off, including a number of things that I don’t remember ever having seen on the blog originally, as well as offering it up to anyone that could give them a good home. I expressed my interest in a  couple of items, and here’s what came: 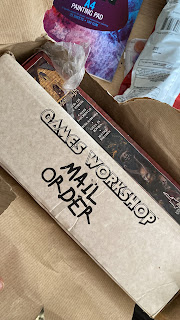 As well as some Mordheim scenery, a selection of miniatures: 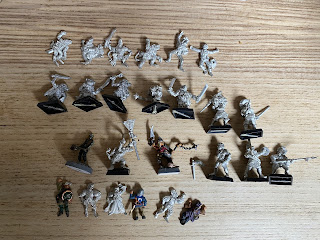 There’s also a zombie in there, that I want to get or make a small display for to keep as a memorial/memento, as it was Bryan’s (huge!) zombie collection that originally brought me to his blog.
Also, this graveyard piece, that will be perfect for fighting over once I’ve finished my current Skaven painting project: 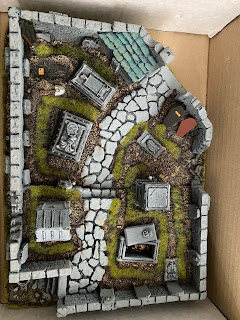 Adding everything up, the new total for the Tally is:

Next time: there’s a single figure that’s almost finished, then it’s back to batch painting a regiment of Skaven! They’re all base coated now, so it’s time to crack out the washes and dirty them up…