Before I start any new projects or models, I thought I'd have a crack at finishing off a couple of the miniatures currently sat half-painted on my paint palette. Hence, one Hulk: 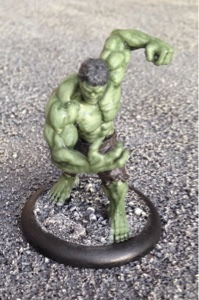 Originally started when the wife and I made a concerted effort to watch our way through the Marvel Cinematic Universe, after knocking out Iron Man and Thor my enthusiasm waned as I focused more on other projects.

I'd considered painting his trousers classic purple, or something at least a little brighter to give some more visual interest to the figure, but a quick google image search of stills from the first Avengers filmed revealed that he's wearing black trousers, so black trousers he got.

The Hulk's a bit of a big lad, towering over most other figures, which doesn't make for the easiest figure to take pictures of: 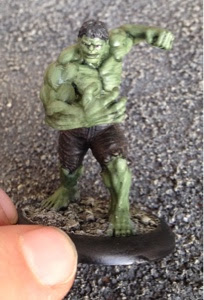 But yes, she does have a face! The Hulk was mostly finished when I came back to him, mostly just needing his base and pupils painting to get his to this stage of completion! 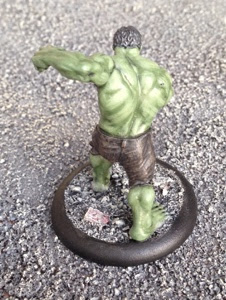 I even painted the back too, where you'll find surprisingly detailed musculature - Heroclix figures are often quite nicely detailed, if you can pick out the good ones!

Finishing the Hulk brings the Tally to:

Alas, poor Captain America (the last of the four modern Heroclix figures I'd prepped) may never see the light of day, although my brother-in-law has just lent us the second Avengers movie, so you never know...
Posted by myincubliss at 22:19 1 comment:

It was my birthday last Sunday, and miniature loot from Mother, whilst exciting, means another hit to the Tally: 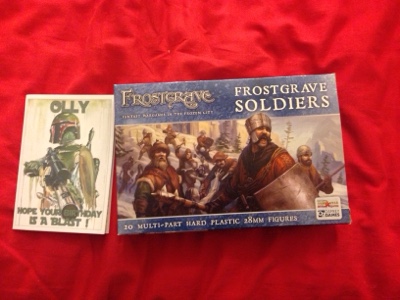 I plan to split the box, and use roughly half for Frostgrave and the rest for some Wildling conversions...
Posted by myincubliss at 08:34 2 comments: