...you try out a new recipe for something, like painting blond hair, and it's great, but the next time you go to replicate it seems in the flush of victory and success that you failed to record said victory anywhere? Yeah, it's one of those nights.
And since I know no one ever reads a post without pictures, here's a quick snapshot of what I'm currently working on: 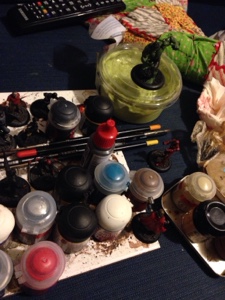 Jests aside, it was an exciting post day today as my advance copy of the upcoming Osprey wargame Frostgrave turned up at work: 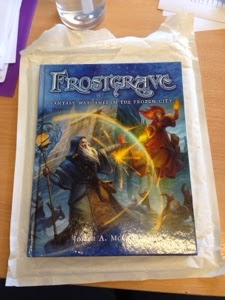 I've got next week off of work for the wife's birthday, so hopefully I'll be able to dig into this!
Other than that, not a lot has happened in the fortnight since my last post. Foundry were excellent with their customer service and sent me shades of black paint that weren't in the pack I bought at Salute, and feeling fancy and grown up I went to an actual art shop and bought a couple of proper brushes to try out rather than just continuing to use the battered GW brushes I always use: 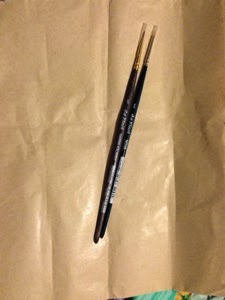 I've mostly built and undercoated my copy of Execution Force, which I will hopefully get around to painting so I can test out the gameplay: 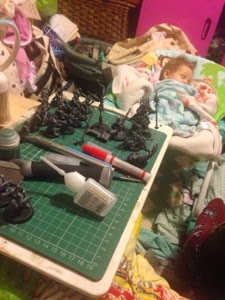 And started watching the Marvel movies again with the wife after our previous attempt lost steam, complete with some thematic painting: 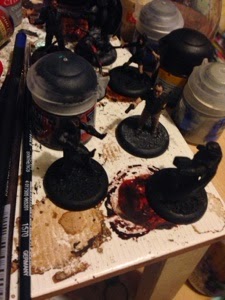 I beat a number of 10 year olds at Laser Tag, because being a Godparent doesn't make me a good enough person to just let them win: 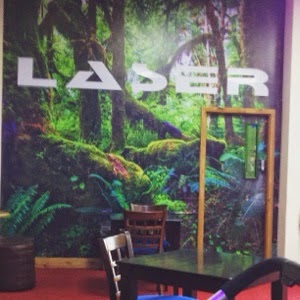 As well as eating and drinking disgustingly (peaches and cream malt shake from the local artisanal burger bar ftw): 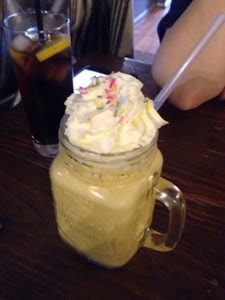 As well as endeavouring to grow things from seeds like real adults: 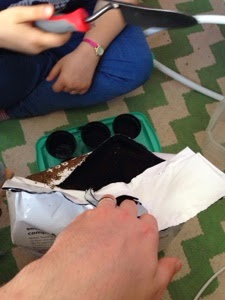 Wow, that got rambly there, back to pictures of painted little men at some point in the near future!
Posted by myincubliss at 21:29 2 comments:

As I knew that Star Wars Day (May the 4th) was coming up, I thought I'd paint something thematically appropriate for my 200th post over the weekend: 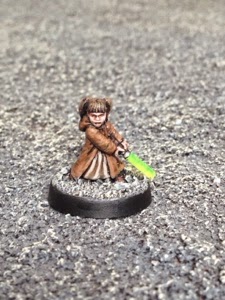 Tiny Jedi Aubr'eski (as I modelled her after my own daughter) - she's a Hasslefree miniature that I picked up at Salute last week, and thus teeny tiny (but wonderfully detailed): 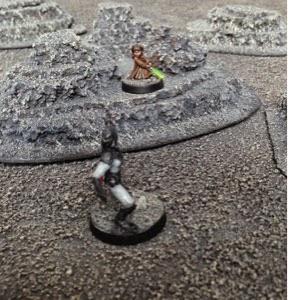 Complete with a transparent acrylic rod lightsaber blade, to match the bendy plastic repaints I've previously posted.
And of course, as is the case with all Jedi, we have to have a last stand / Vader showdown picture: 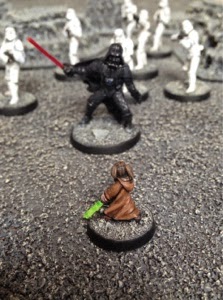 "All dwarfs may be bastards, yet not all bastards need be dwarfs"

A solid two years after doing the conversion, I've painted my Tyrion Lannister! 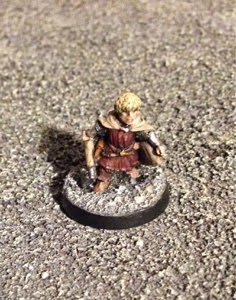 As you may remember, the conversion is based on a LOTR hobbit with green stuff boots, a GW axe and the head of a ... well, I'm not sure entirely, as it was donated for the project, but I'm fairly certain it's from a Wargames Factory sprue.

Like the entire project, he takes inspiration from a mid-mash of sources - armour and axe from his brief stints in battle at the Battle of the Green Fork and Blackeater, his lack of a nose from... well, mostly from it getting squashed whilst in cautiously cleaning up the plastic head, but we can always claim that it's inspired by his look post the Battle of the Blackwater!

Painting this takes the tally t- 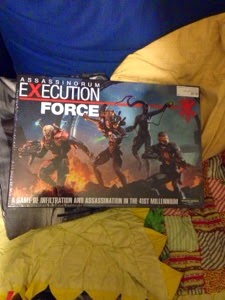 What can I say, I'm a sucker for a skirmish narrative wargame and this one looks shiny (and I'm already considering the options for swapping out the enemies, or running it as a more free-form game on Space Hulk tiles...)

Alas, my assassins won't be getting painted tonight, as having dug out the Foundry black triad that I bought at Salute last week it turns out that rather than shade, mid-tone and highlight, the pack contains three pots of shade, which is... well, just black really. Maybe I could paint the cape and cowl on the Batman mini I've got on the go an- no wait, that's black too.