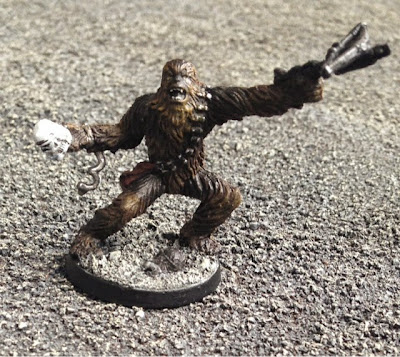 Although I wasn't originally super keen on the sculpt (having originally planned on picking up either the one from Rebel Storm or the now unavailable Knight Models sculpt), I think he looks quite snazzy now he's gone under the tender ministrations of my paintbrush.

Careful attention was paid to reference pictures of Peter Mayhew in costume in order to ensure that I was able to duplicate Chewbacca's fur markings, using several careful applications of various washes: 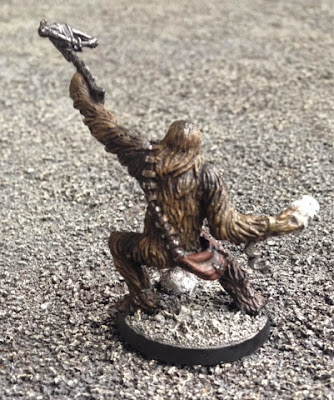 That little lump decorating the front of his base was originally a discarded Stormtrooper helmet, but unfortunately the detail was so shallow on the original donor figure that I ended up adding more and more battle damage to it to cover its crappiness that in the end you can barely see what it is...