First completed miniatures of the year!

Two thieves, as I continue my plan to play some solo Frostgrave: 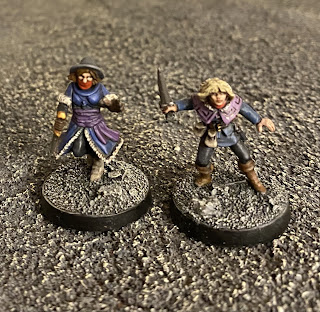 Both from Northstar, one is from the plastic female soldiers kit and the other is a metal figure, both feature a red scarf (as I suspect will crop up on the majority of the figures in the warband at this rate) and coincidentally both have purple as a secondary colour, which was chance rather than choice. 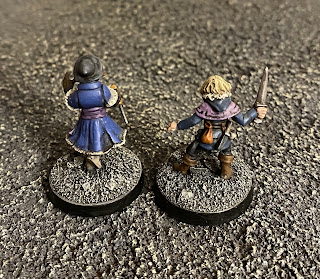 The metal thief also features some micron pen designs on her capelet, which I’m not entirely sold on but as they say perfect is the enemy of done!

Finishing this pair brings the Tally to:

What’s next? The rest of the gang, hopefully!