You shall not pass 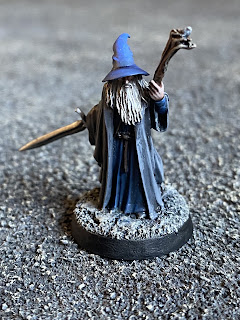 I painted everyone’s favourite archetypical wizard, using paint recipes cribbed together from a couple of different sources. Normally I’d wing it, but as I was trying to recreate the look from the film I wanted to be a bit more structured in my painting! 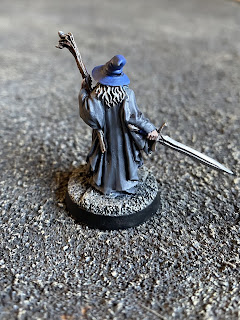 These old Lord of the Rings sculpts are lovely little miniatures - I know I’ve got the rest of the fellowship and a Moria display base stashed away somewhere, and I’m tempted to paint the rest up now!
Gandalf was also just what was needed to take the Tally to:
18 vs 18 = +0
Finishing Gandalf also meant that I had everything I needed painted to play the Wizard Duel mini game that was rereleased in White Dwarf a couple of months back: 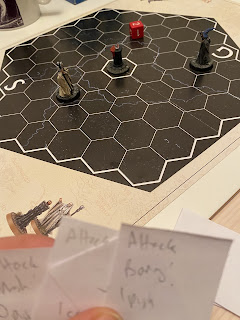 You’ll notice I scribbled up some cards for declaring what magical attack and defence you were choosing rather than messing around with having to constantly reference the chart in the magazine. My handwriting is worse than my 6 year old daughter’s, I know. 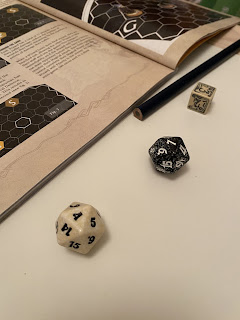 We even had thematically coloured spin down life counters for maximum immersion! 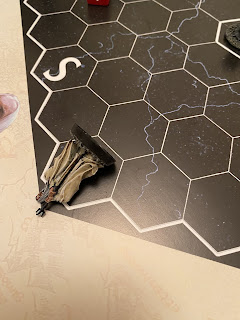 I lost, of course, as my wife knows me well enough to know that I’d obviously favour pushing rather than the more direct damage, and then was able to second guess me on almost every turn. We also managed to use the palantir once each during the game, making it well worth the expense to purchase and effort to paint.
Also, despite only featuring three painted things, technically this is a game played using fully painted miniatures, so pow goes another thing off this year’s Challenge:

Well, I’m already doing better than last year! Who knows, maybe this is the year that I tick most of the Challenge off?