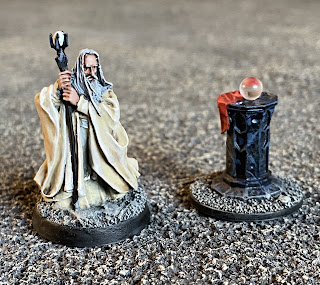 I painted up this Saruman mini in the hopes of cajoling my wife into playing a game of the wizard battle mini game that was in White Dwarf a couple of months back at some point. 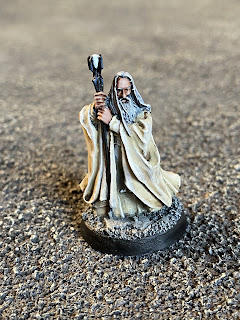 He was painted almost entirely following an old Duncan Rhodes YouTube tutorial, which was pretty straightforward and came up with a fairly nice result! 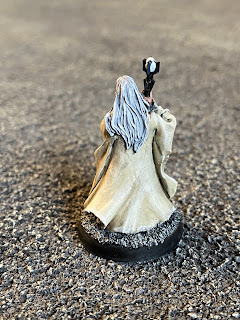 Trivia for this mini - due to the finely sculpted eyebrows, this is the first mini in the long time that I painted the pupils of using a paintbrush rather than a micron pen!
For the wizard duel game I also need a palantir, so I got this lovely little piece from Zealot miniatures: 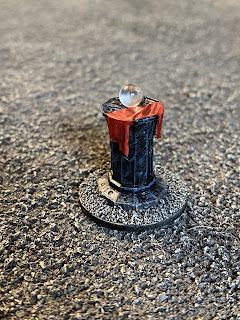 I painted the plinth to match his staff rather than just being grey (as I thought it might blend in with the board too much otherwise), and the same goes for the red cloth (as well as the ongoing truth that Mephiston red is a lovely shade of red). It will also do double duty as a treasure token for Frostgrave.
Tally:
3 vs 18 = -15
(I’m not counting the treasure token as a mini for the purposes of the Tally)
In other news, I’ve had a sudden urge to revisit Dark Age, the old miniature game inspired by the art of Brom, but it seems like it’s died and everything got sold off on clearance a year ago... if anyone has any Forsaken bits and bobs in their trade pile let me know!
...although it’s entirely possible that my attention span will have wandered already, truth be told
Posted by myincubliss at 09:00