Something something heart something

Unusually on schedule this week with the next Zomtober offering - another Studio Miniatures Wizard of Oz themed survivor: 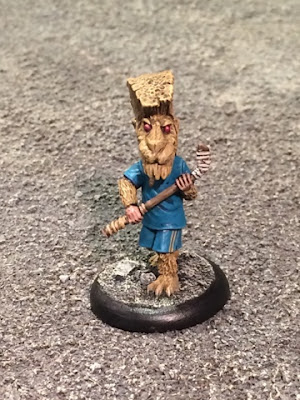 The Cowardly Lion reimagined as a sports mascot. There was a weird vogue for these when I started the zombie project (I think Zombiesmith may have made a couple that just seemed to crop up everywhere), but I think I'm far enough behind that it's become niche again! 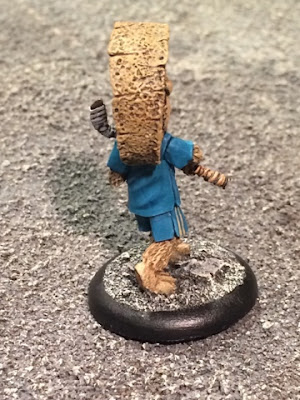 I guess there's some logic to the idea too - although you'd lose pretty much all manoeuvrability, the thick padding might actually make a pretty decent defence against zombie bites... 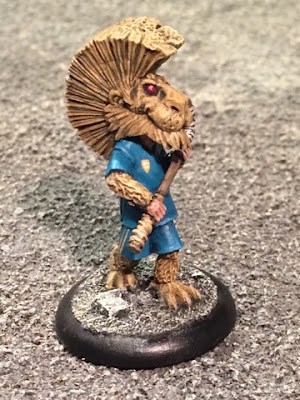 I'm sure there are better weapons than a hockey stick to protect yourself from the undead though (although it's something you can swing with both hands, and can be used to keep biters at arms length while you make good your escape... hmm, maybe I've undersold the hockey stick in the past!). Uniform colour was selected entirely randomly - I was rooting around in my paints and unearthed a pot of Sotek Green. Yellow stripes and badge were added just to give a little flourish, rather than any attempt to emulate any actual sports teams insignia!