Another miniature finished, this time for the Batman project: 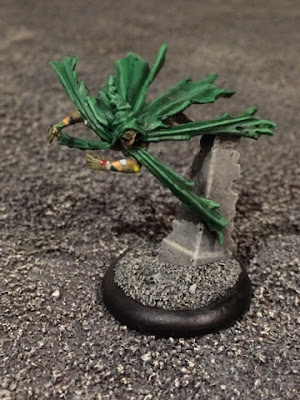 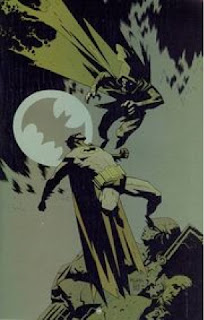 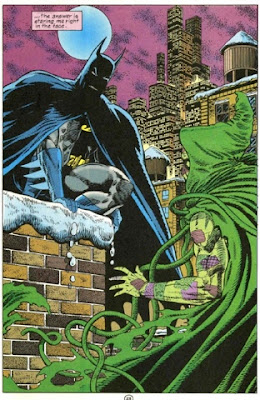 My road to Ragman is something of a convoluted one - I first saw this miniature way back in the misty days of the past in an issue of Inquest Gamer that had a full visual spoiler from the then brand new Heroclix set Collateral Damage (back in the day when physical media was still a thing that you could purchase) and, though it wasn't a character that I was familiar with, thought it was a pretty interesting and dynamic sculpt. Many, many years later, I ended up ordering one randomly whilst picking up some other bits and bobs from Blue Rat Games with the vague idea that maybe I could convert it into some sort of fantasy wraith.
Obviously, I stashed it and didn't get around to converting it.
For the last couple of years, I've been working my way through a backlist of Batman comics, in in-universe order, starting with Year One, and this year I hit some comics featuring Ragman. A guy with a murderous cloak of rags that makes him kill nazis (well, the Ragman from the era of comics that I've been reading, as opposed to the other that a quick google suggests also exist), although he struggles against it, that I already own an interesting miniature of? Consider me sold! 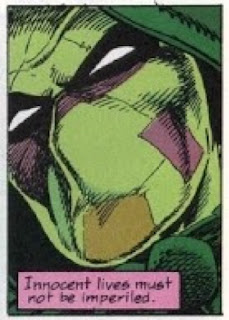 So, a-painting we did go! 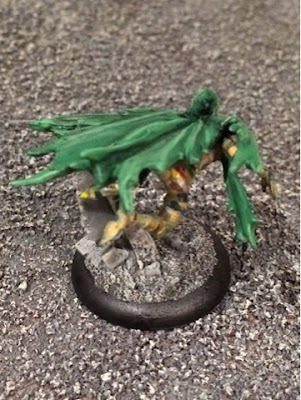 This is a difficult miniature to photograph, given it's dynamic pose... 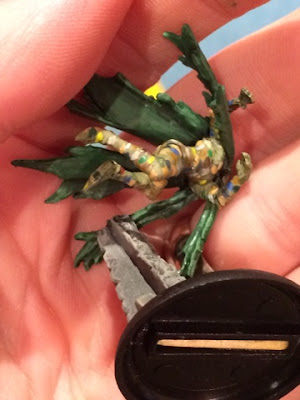 The angle where you can actually see the rags of DC's 'Tatterdemalian of Justice', each of which is the captured soul of an evildoer. Except for here, where it's just a random daub of paint, which was oddly therapeutic to do... 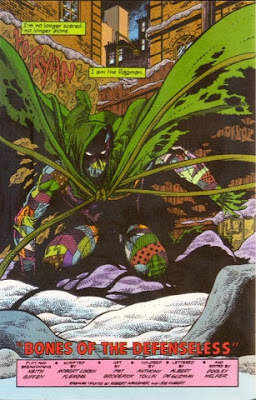 My original idea was to give the body a wash to grubby it up a little, but I ended up not doing this as I liked how bright some of the colours were in contrast to the rest of the model...

I've dug a random assortment of half-finished bits and bobs out of the painting queue, so we may even see another post or two before the regular end of year post!

In other news, apparently this little corner of the internet hit over 100,000 page views at some point in the last fortnight - even if only 6 of them are real people that have found my stuff and liked what they saw, that's okay with me!