This year’s May the Fourth miniature is this Doctor Aphra expy: 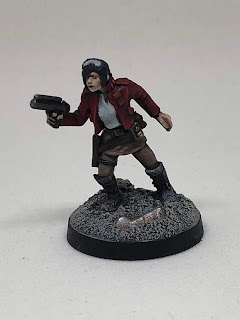 Originally released for Rogue Stars, I thought she’d make a delightful stand-in for Chelli Aphra (it’s the goggles, more than anything else!), everyone’s favourite Archaelogist/downright awful human being. 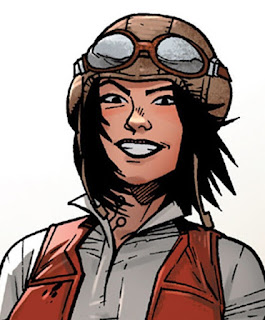 I was tempted to try and add a flying cap too, but thought it would be a shame to lose the nicely sculpted hair - hey, people take hats off sometimes you know! 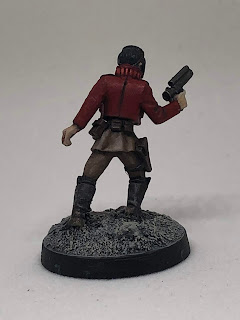 I read the entire run of comics she appeared in earlier this year, highly recommended for anyone that’s a fan of shenanigans, murder droids, and further shenanigans. There’s also a run drawn by Kev Walker, which is always a win in my book! As previously mentioned, she’s a terrible human being, and I love her.

The miniature isn’t an exact match for Aphra’s comic outfit, so I went for something evocative rather than an exact match. I’d originally intended to paint the jacket a reddish brown, with an orange collar to more closely match her comic appearances, but after putting on a base coat of Mephiston Red I was so enamoured with it I just carried on! I gave the collar a bit of orange detail though as a nod: 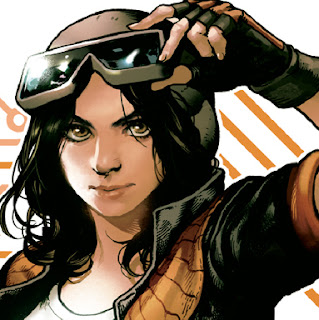 Also, she was painted over a grey undercoat, and between that and the delightful Mark Copplestone sculpt was an absolute pleasure. From this experience, I think I’m now sold on grey under coats over black, although even with the light box my pictures don’t quite show the colours properly, so here’s a wonky picture of me holding her a bit closer to the lights in the hopes of showing that I do in fact apply the occasional highlight to my miniatures: 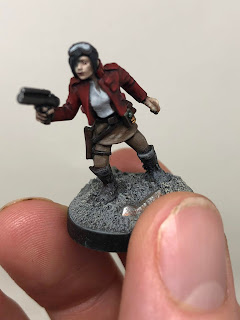 Ah, you’ll just have to take my word for it!

If I see the murder droids that are her sometimes companions, sometimes foes in a bargain bin at a show, I'll grab them to keep her company, but for now she's flying solo, and finishing her brings the Tally to:

Next: who knows? There are a variety of odds and ends on my paint palette, but on the other hand, I'm just about to start the Witcher series again, so I may get sidetracked making miniatures from that universe...
Posted by myincubliss at 08:30